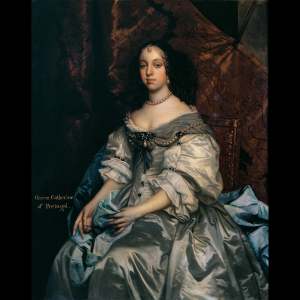 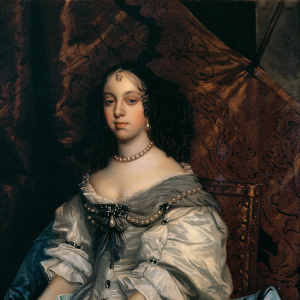 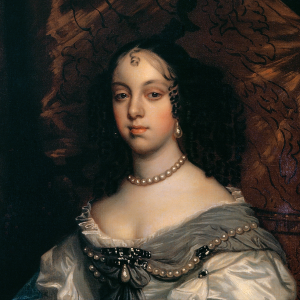 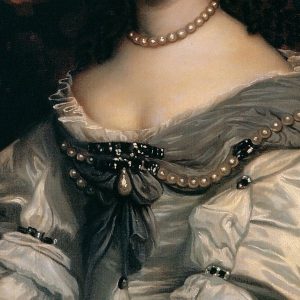 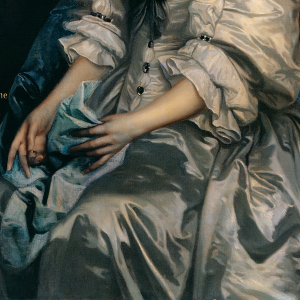 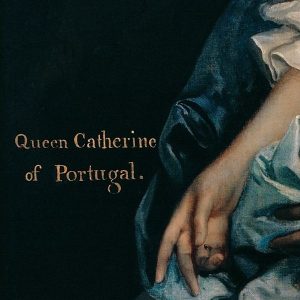 Catarina Henriqueta de Bragança (1638-1705), daughter of king João IV, besides being Infanta of Portugal was also Queen of England. At a time when the marriages of Princesses were seen as International Treaties, Catherine became a Diplomatic trump card after the Restoration of Independence of Portugal in 1640.

At the time of her marriage to Charles II of England (1662), she supposedly took, not only, the social custom of drinking tea to England, but also added porcelain to the English customs; the fork at the table of the Court; the taste for Italian music; the invention of the famous English quince jam; the changing of the name ‘mandarina’ (Chinese) to ‘tangerine’, as well as the popularization of fans and tobacco.

Besides having helped to revolutionize the British customs in the 17th century, it is also relevant to identify the dowry offered to Charles II – two million cruzados in cash, the Tangier square (North of Africa), the city of Mumbai (India) and commercial benefits in the Portuguese ports from Brazil to South East Asia. Therefore, it may be said that this Anglo-Portuguese marriage was one of the reason England was able to take the decisive steps to becoming a worldwide Empire.