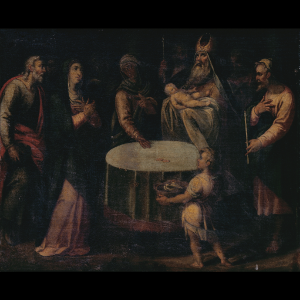 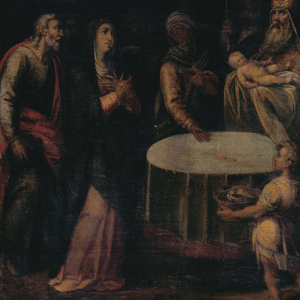 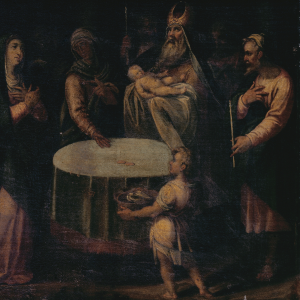 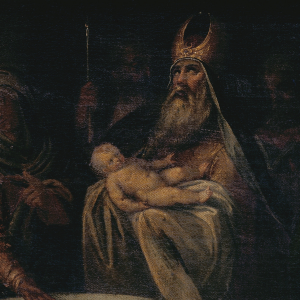 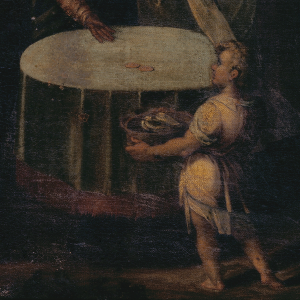 “On the eighth day, when it was time to circumcise the Child, He was named Jesus. The name the angel had given Him before He was conceived. When the time came for the purification rites required by the Law of Moses, Joseph and Mary took Him to Jerusalem to present Him to the Lord; as it is written in the Law of the Lord, ‘Every firstborn male is to be consecrated to the Lord’, and to offer a sacrifice in keeping with what is said in the Law of the Lord: ‘a pair of doves or two young pigeons’.” (Luke 2:21-24)

Circumcision has been practised for over 5,000 years and it is one of the oldest known surgical interventions. This significant episode in the life of Jesus, stated in the Bible, was represented in countless works of art.

This painting depicts the moment when Jesus was presented in the Temple, in Jerusalem, by the Virgin and St. Joseph, to be circumcised. Jesus is represented in the arms of the Simeon and, on his right, one may see Joseph, the prophetess Anna and Mary. On His left, there is an angel holding a basin with bandages and a man holding a candle.