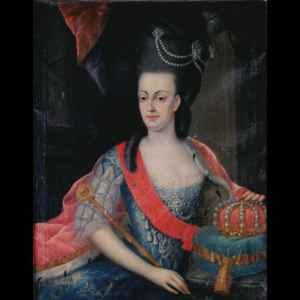 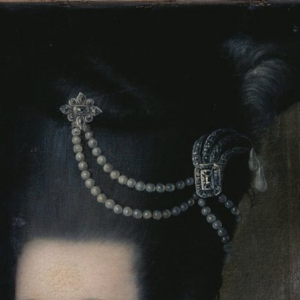 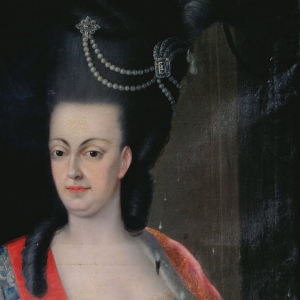 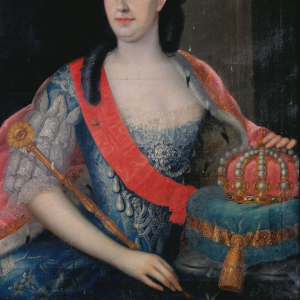 Queen Maria was the first woman wielding the sceptre in Portugal. She ascended to the throne in 1777 and initiated a period known as “Viradeira” during which the Marquis of Pombal resigned and was exiled.

Her religiousness earned her the epithet of “The Pious”. During her reign, political prisoners were freed; the Royal Academy of Sciences and the Casa Pia were created; the Estrela Basilica and the S. Carlos Theatre in Lisbon were built and, in Porto, the Santo António Hospital and the Theatre of S. João.

A lottery was also created in order to fund social missions, namely the Santa Casa da Misericórdia. She was later on deemed mentally insane and died in Brazil in 1816.