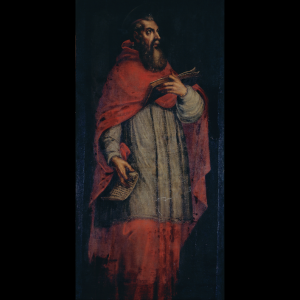 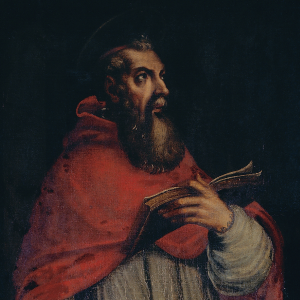 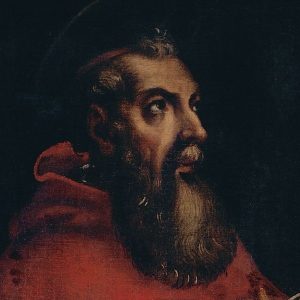 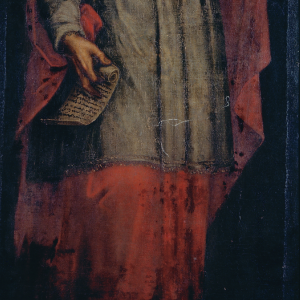 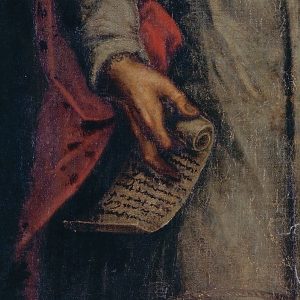 This painting portrays Saint Jerome, one of the four main Doctors of the Latin Church and author of the ‘Vulgate’, which is the first official Bible translation made directly from Hebrew into Latin.

Saint Jerome was born in the 4th century, in Sitridon, in Dalmatia (now Croatia). He studied in Rome and, therefore, was a fluent speaker of Latin, Greek and Hebrew.

After his Baptism when he was nineteen years old, he went on a Pilgrimage to the Holy Land. Later, he went into exile to the Syrian Desert, where he lived as a hermit, devoting himself to writing the Life of Saint Paul, the Hermit.

This painting represents Saint Jerome being inspired to write his apologetic texts. This is a painting of centralized composition, with filtered light, focusing only on his face that is perfectly modelled. The colour palette used is small and very contrasting, highlighting the orange robe of the Saint, in opposition to the dark background.