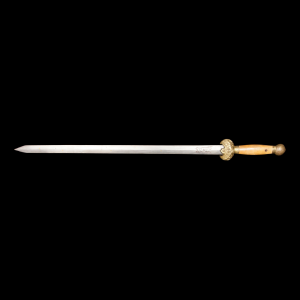 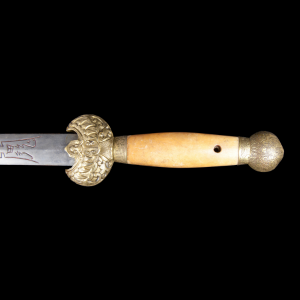 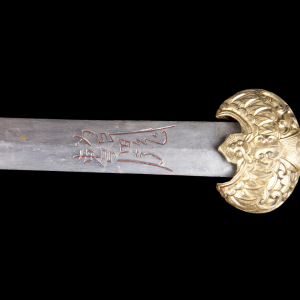 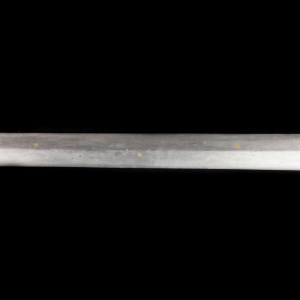 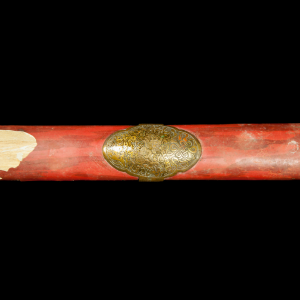 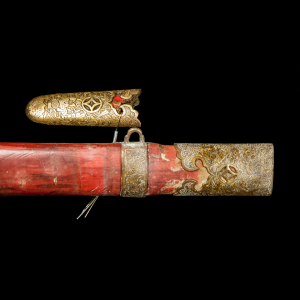 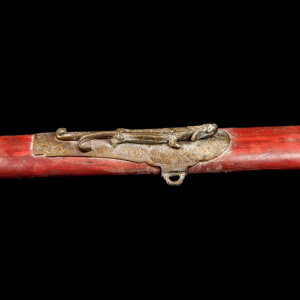 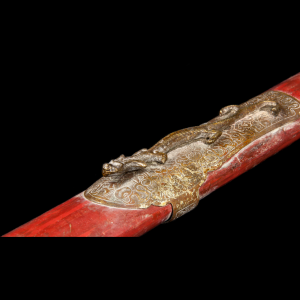 A double-edged sword with Chinese inscriptions in both faces of the blade. The grip is of ivory with vegetal motifs and, one in each side, two engraved human figures. The pommel and the guard are of bronze. On the sword’s grip, one may see a small orifice where a pendant would be placed. Such pendant was not only decorative, but it was also used to distract or even attack an opponent.

This type of sword is commonly associated with Tai Chi. Tai Chi – usually associated with a form of meditation – is a martial art and, as such, a method of combat. By associating the gracefulness of Tai Chi with the use of this sword, the outcome is lethal.

As the weight of the sword is concentrated on the grip, circular movements of the wrist facilitate precise attacks. Therefore, jians tend to be very sharp weapons whose purpose was to hit tendons or joints in order to incapacitate the opponent.

Return to the Weapons collection