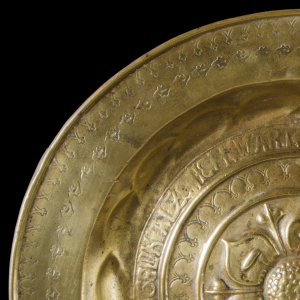 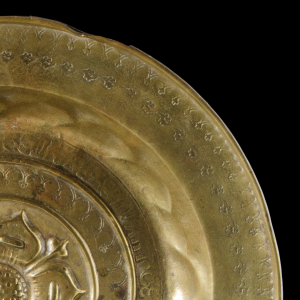 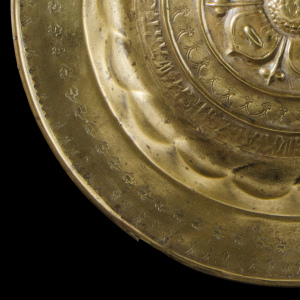 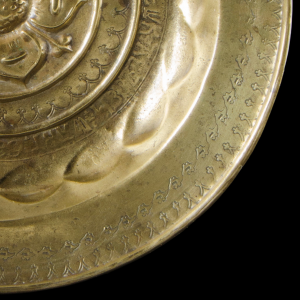 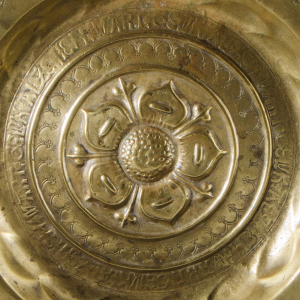 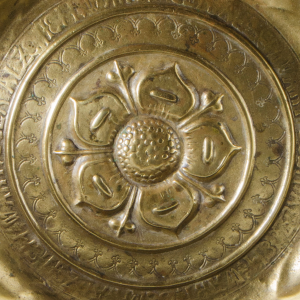 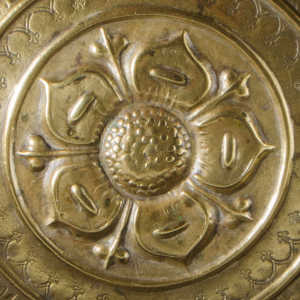 Nuremberg plates (plates or basins) were traditionally associated with the gathering of alms in the Liturgy. They were possibly used for other purposes, namely in the domestic interior of the Royal Palaces where they were part of the decoration of sideboards. These pieces were sometimes associated with the jugs used for washing hands before the meals.

These objects were very popular during the 15th and 16th centuries, not only due to their decorative potential, but also for their robustness and relatively low price. The existence of a very wide market enabled the large-scale production of these types of plates. Nuremberg and Dinant recorded the highest scale of production that led to various copies of their models, styles, techniques and themes.