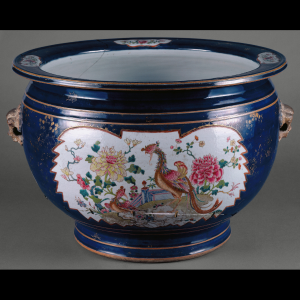 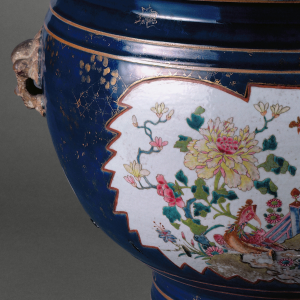 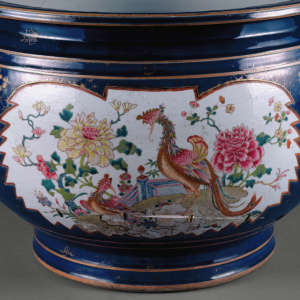 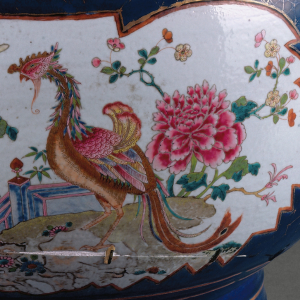 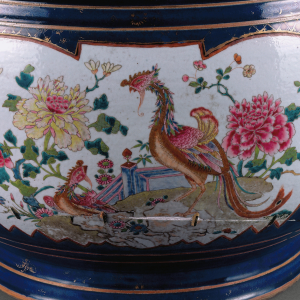 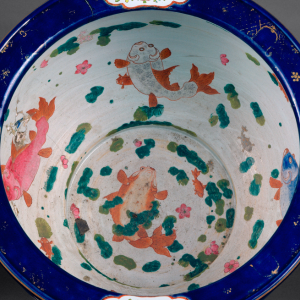 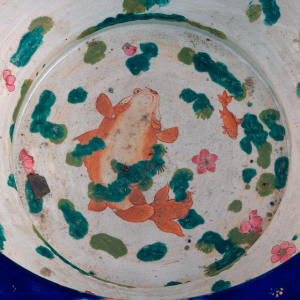 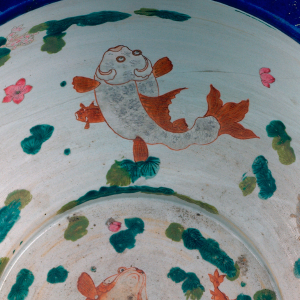 A large aquarium with two handles shaped as monkey masks, perforated in order to place a metal ring. It is of white porcelain, painted in gold on blue with pinks, greens and browns. On the outside wall, two cartouches stand out, with a phoenix in the centre.

Chinese aquariums were much appreciated in 18th century Europe, particularly in Portugal, where there are several known pairs.

According to Maria Antónia Pinto de Matos, their function in Europe is still unknown. In China, they were used for the decoration of chambers. This piece, with “famille rose” enamels is noticeable not only due to its large size, but also due to its careful embellishment.