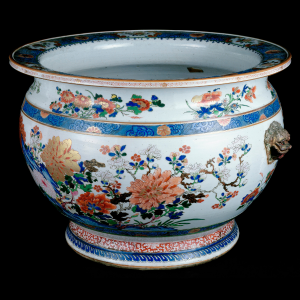 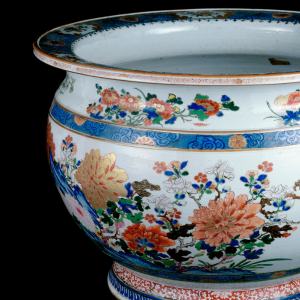 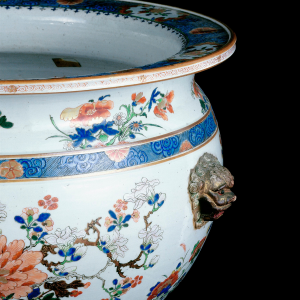 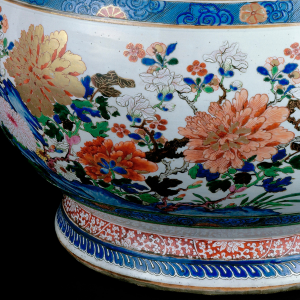 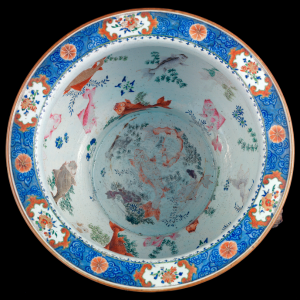 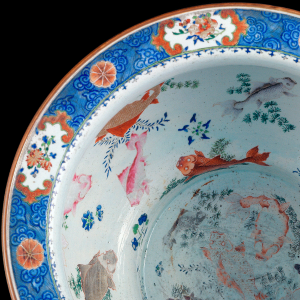 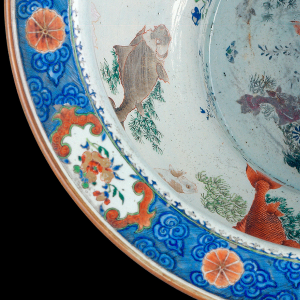 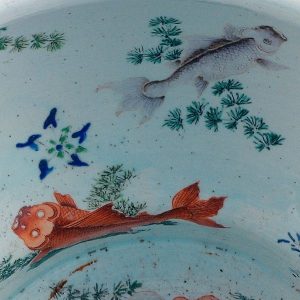 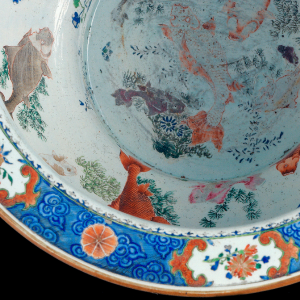 The object is of white porcelain, painted with polychrome enamels over a thick bright glaze. The predominant colours are red, pink, orange and blue – seen in the floral elements of greater expression. The drawings are detailed in gold, with a repainting subsequent to its manufacture.

It is decorated with six white cut-out leaf-shaped areas, comprising three small branches of chrysanthemums and peonies in blue and red, alternating with chrysanthemum corollas. The base is painted in two shades of blue, brown wavy strokes and blue clouds, bordered by a green stroke outlined in black.

The interior is decorated with carp, swimming among flowers and algae in shades of orange, pink, and grey.

This type of decorative piece is characterized not only by its large dimensions, but also for the carefully selected decoration. Fish bowls, such as this one, were widely appreciated in Europe in general and particularly in Portugal, where several pairs are known. In Europe, these objects decorated private living rooms, but their function is unknown. In China, it is known they were recurrently used to decorate chambers.