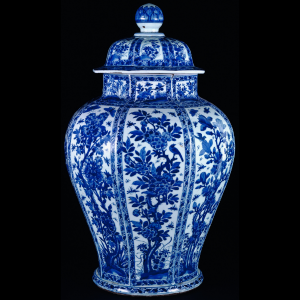 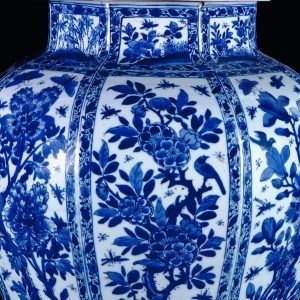 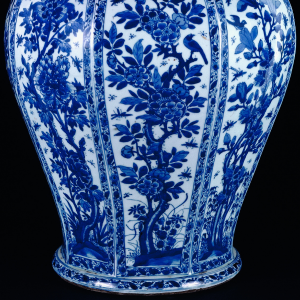 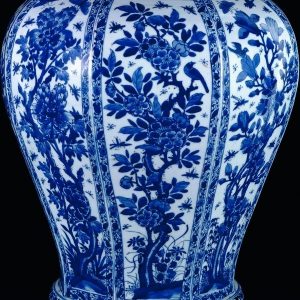 The term ‘garnish’ (in French “garniture-of-cheminée”) is used to designate a collection of ceramic pieces, commonly odd in number. They were usually used to decorate/garnish either fireplaces, and were placed on the shelf that fireplaces usually had, or to top Dutch cabinets/cupboards, which had a proper notch to place these types of pieces.

It is believed that these China garnishes were ordered for the Dutch market. They were produced by Chinese potters, but decorated with European typical epoch motifs.

The decoration, painted in blue on the glaze, is divided into eight opposing panels through enclosures of entwined Chrysanthemums and Artemisia leaves contained between two blue stripes, which highlight the octagonal shape of the piece and frame the panels. The panels are filled with pomegranate branches, blossoming plum tree branches, arborescent peonies branched like a tree and magnolia branches, all over-flown by birds and insects.