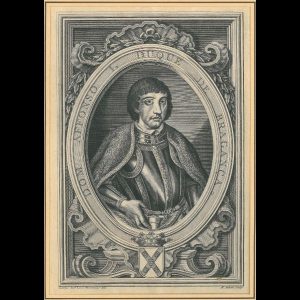 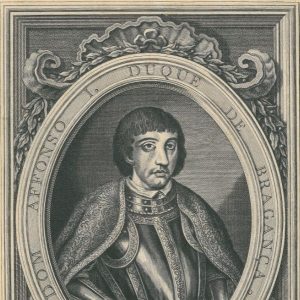 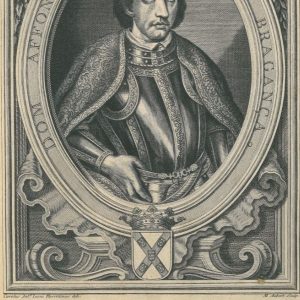 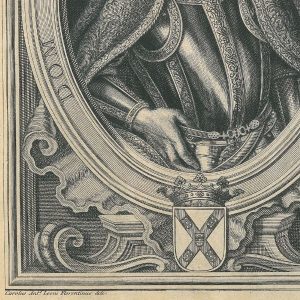 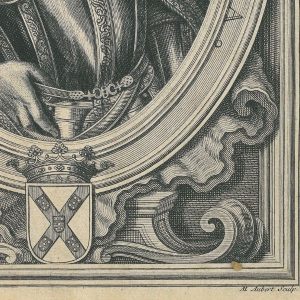 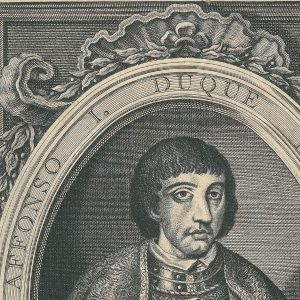 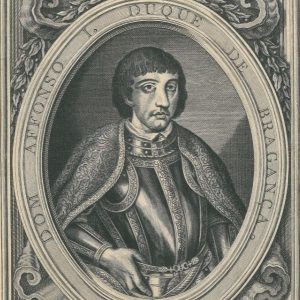 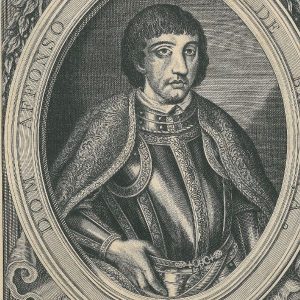 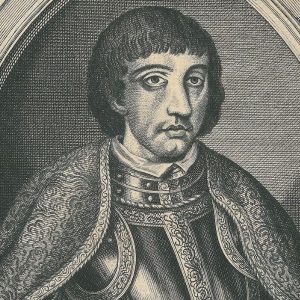 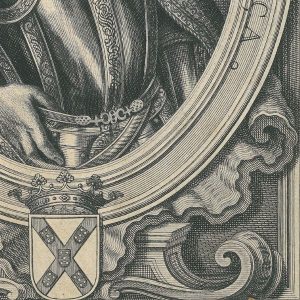 Afonso was the illegitimate son of João I of Portugal and was supposedly born in the Castelo de Veiros, in Alentejo. In 1401, he was married to Beatriz Pereira Alvim, the daughter of the Supreme Commander Nuno Álvares Pereira. When she died, in 1415, he married Constança de Noronha.

In 1442 he was granted the title of Duke of Bragança.

This engraving represents him from the waist up dressed in armour, a mantle and with his right hand placed on his belt. This is part of a series of portraits of the Dukes of Bragança outlined by the painter Carolus Leoni.

At one time, an engraving was an integral part of a book, being the only process capable of being repeated in written works. It was because of engravings that the world began to have a visual representation of knowledge. After the development of photography, engraving was no longer needed. It is, however, an indispensable source for studying the past.